HOMEFamily Monitoring SoftwareHow to take a quick screenshot on an Android phone?

How to take a quick screenshot on an Android phone?

Screenshots are useful in many ways, and you've probably captured them on your computer, especially if your job entails explaining things to people. With these screenshots, you can easily show people what a computer screen looks like, and you can even add pointers to draw attention to certain parts of the screenshot.

Like desktop computers, Android devices also offer the option to capture screenshots. Android has had this feature for a long time and is available on most devices based on the OS.

Actually, there are various ways to take screenshots on Android devices. You can capture your screen using any of the following methods, depending on the device you have and your preferences.

This key combination is not fixed and varies by device model. For example, a key combination that works on a OnePlus Android device might not work on a Samsung device, even if both run the same operating system. 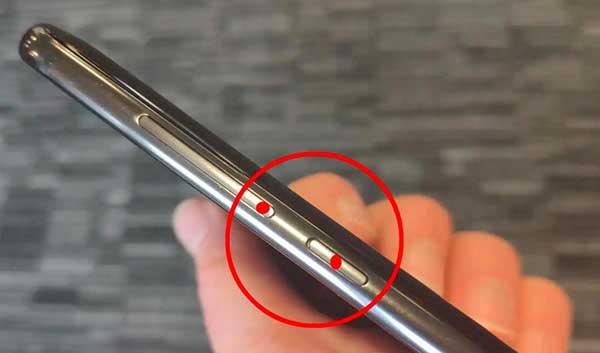 Here is a list of the keys you need to press to take a screenshot on various Android devices:

Most devices use the "Power and Volume Down" key combination to capture screenshots. If you can't find a combination on the list that works for your device, use this generic combination, which should work in most cases.

Take a screenshot on Android using the power button

This works on most Android-based phones and tablets. Go to Screenshots, press and hold the power button on your device. A menu will pop up on the screen with some options. Click the option to show screenshots to capture screenshots.

A screenshot of the current Android screen will be captured and saved in the default screenshots folder on the Android device. Although you'll see the screenshot when you take a screenshot, it doesn't have the power menu. You can then find this screenshot using the file manager or gallery app on your device.

There is a utility that allows you to take screenshots of your Android device wirelessly on your computer. It's called AirDroid, and if you're a regular reader of the site (or if you've ever wanted to transfer files from Android to Mac or PC), you've probably heard of it.

Download, install and launch the AirDroid app on your Android device.

You can also use AirDroid to save screenshots by clicking the down arrow icon next to the scissors icon to reveal the device itself. You can then choose a destination for the screenshot file.

ADB has many commands to help you perform actions on your Android device from your computer. This utility can be used with or without a cable, but setting up a wired connection is as easy as half a minute. After setting up the utility on your computer, all you have to do is issue a command and your Android screenshots will be captured.

Download and unzip the ADB Toolbox on your Windows, Mac or Linux based computer.

Go to settings, developer options, and enable USB debugging on the device.
Connect the device to the computer. Windows users should launch a command prompt window in the ADB folder.
Mac users need to launch Terminal and set the ADB folder as the current working directory.

You will find the screenshot image file at the root of the ADB folder. If you have any difficulty capturing screenshots, make sure you have allowed the USB debugging prompt on your Android device. This enables your computer to access your device.