HOMEPhone GPS LocatorCan the phone still be located after it is turned off?

Can the phone still be located after it is turned off?

You must have seen similar scenes in TV dramas: criminals will immediately pull out the battery and SIM card and throw them away together with the mobile phone after making a call, in order to prevent being located by the police, or even break it in two. This makes people wonder: if you just turn off the phone without removing the battery, can the phone still be located after the phone is turned off?

When the mobile phone is turned on, it will perform two-way information positioning to the surrounding base stations at a frequency of milliseconds. When the user shuts down the mobile phone normally, a message will be automatically sent to the base station, which is equivalent to informing the base station network of its shutdown state. If your mobile phone is normally shut down, the prompt you hear when someone calls you is "the user you dialed is shut down"; if you directly unplug the battery, since the base station does not receive the shutdown notification information, it will default to you On the Internet but without a signal, the prompt heard by others will become "the user you are in is not in the service area". Through the iPhone-specific software "Find My iPhone" or the base station positioning of the service provider, you can know the last location of the phone before shutting down. After the phone is turned off, it can no longer be located. 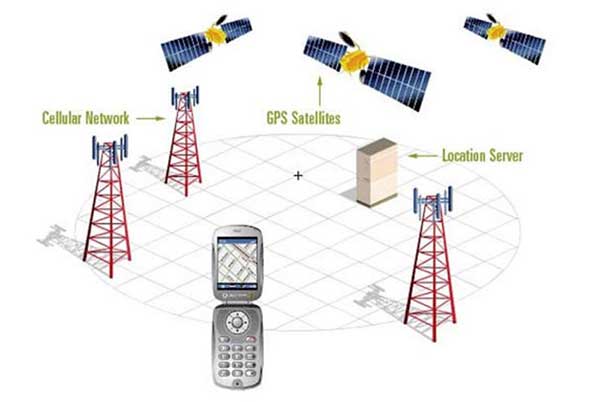 Having said that, it seems that the question raised in this article can be concluded. But if you do a little search on the Internet, you will definitely see an article like "Snowden: Apple's mobile phone design can still locate and send intelligence even if the battery can't be pulled out and shut down." It should be pointed out that the author did not personally search for Snowden to have said similar words, but there are two related information: 1. Snowden put the visitor's mobile phone in the refrigerator to block the signal; 2.. The US National Security Agency (NSA) has technology that can continue to track the location of the target phone after it is turned off. So, what about the latter?

It turned out that the NSA did this by inserting a special Trojan software into the suspected target's mobile phone in advance. For example, in the 2009 "UAE BlackBerry user was eavesdropped" incident, it used a spyware developed by the Silicon Valley company SS8. Although most programs and functions are closed after the phone is turned off, basic functions such as the internal crystal oscillator, phone battery and clock are still running. The principle of the software is that when the target user shuts down, it can still be activated by the battery and send information to the base station for positioning. Since the Trojan software needs to be implanted in advance and cannot operate after the user unplugs the battery, it has considerable limitations.

To sum up, for most people, there is no need to worry that the mobile phone will continue to be located after the phone is turned off, thereby exposing personal privacy, let alone unplug the battery.

Now mobile phone navigation has become an indispensable element in our life. But what is the navigation and positioning function, and what is the relationship between GPS and Beidou? These are things that many of us don't know. Today we will talk about this, let's start with GPS.

The 1991 Gulf War shocked the world with the high-precision strike capabilities of the Tomahawk cruise missile (also a DARPA project). For the first time, people realized that cruise missiles can have such high accuracy, and even the news of the first missile hitting the wall and the second destroying the interior shocked us. How did this happen? This is the first GPS times applied to actual combat.

The Tomahawk cruise missile is equipped with a positioning system, and its precision strike capability shocked the world

The full name of GPS is Global Positioning System. For our civilian use, the global opening of GPS signals has only been available for more than ten years, and the GPS project was one of the ARPA projects at that time. The earliest project can be traced back to 1959, when the US Navy, DARPA and Johns Hopkins cooperation with the University of Sri Lanka.

When this project was established in the early days, the name of the project was "TRANSIT", alias "Nav/Sat", and the earliest institutions that established the project were the US Navy, DARPA and the Johns Hopkins Applied Physics Laboratory. William Gill and George Weifenbach, two scientists at the Center for Applied Physics at the time, were studying the Doppler effect of the Soviet satellite's signal. The director of the Center for Applied Physics at the time, McClure believed that if the position of the satellites was known, the Doppler effect could be used to locate the target on the surface of the earth. to calculate the positioning coordinates of the three axes of xyz (actually much more complicated, involving relativity).

Before 1991, a large number of warships used the six satellites of TRANSIT for position positioning. The positioning accuracy of TRANSIT was not high, only a few hundred meters, but it was enough for military warships in the vast sea. In 1967 This system developed signals for civilian use, so there is a saying that the Soviet warships also had TRANSIT signal receiving equipment made by Motorola. In the 1970s, the Soviet Union also started its own research and development of positioning satellites. This project was divided into two parts, namely Parus for military use and Tsikada for civilian use. The next-generation product is now called GLONASS, which is now used on many navigation devices. All have applications.

In fact, GPS has only been in our lives for more than ten years, and now we can't live without it

The accuracy of TRANSIT is not high, and the later GPS system is much higher, because GPS uses more satellites and more advanced technology, which is related to the shooting down of civilian airliners by the former Soviet Union, and the Reagan administration at that time increased the budget for the GPS system., The earliest practical application of GPS was the Gulf War in 1991, and the high-precision strike capability of the Tomahawk cruise missile (also a DARPA project) shocked the world. Until the Clinton administration in 2000, the interference of civilian GPS positioning signals was cancelled to the world, which is the high-precision GPS positioning in our mobile phones.

What are the advancements of the third-generation GPS that has launched two satellites? This is manifested in several ways. From the point of view of the everyday GPS user (distinguishing the fundamental purpose of GPS from military positioning), perhaps the most important is the second civilian GPS signal, called L2C. The L2C signal is clearer and easier to receive than the traditional L1 C/A signal used by most GPS receptions today.

This means that L2C will be easier to receive in urban high-rise environments, in dense forests, and even indoors. L2C has another really specific advantage: operating L2C in conjunction with the legacy L1 C/A means that only by comparing the two signals will an L2C-equipped GPS receiver be able to compensate for ionospheric delay errors for a particular GPS satellite. Ionospheric delays are the largest cause of errors in existing L1 C/A signals, and GPS units now use other sources of information such as the FAA's wide-area augmentation system or the location of nearby Wi-Fi hotspots. The position data from the L2C signal should be more accurate if the ionospheric delay is compensated for. Current civilian GPS is accurate to within about 3 meters, but GPS systems using L2C should be accurate to within about 1 meter, and this accuracy does not depend on Ground base station differential to improve accuracy.

To improve the positioning accuracy of mobile phones, the advantage of multi-star positioning is that they can refer to each other. From the author's experience, pure GPS positioning speed is not fast, and it often takes one minute or two minutes to locate successfully; while GPS+Glonass can complete positioning in an instant, which is pure satellite positioning. The mobile phone is different, but the mobile phone has another advantage: the base station assisted positioning, the term is called A GPS.

Now when we turn on the mobile phone, we can basically achieve fast and accurate positioning. This is the credit of the multi-satellite positioning system and AGPS working together. If you are an ordinary user, you only need to know that the mobile phone can locate, and you don't need to care about the technology behind it. Composition, this is the result that technology gives you, you can enjoy the result, and the mechanism in it can be completely ignored.