HOMEPhone GPS LocatorHow does the mobile phone achieve positioning? How does it work?

How does the mobile phone achieve positioning? How does it work?

In the era of mobile Internet, mobile phones have become standard in everyone's life. All kinds of apps are installed on these mobile phones and provide various services, which have completely changed our lives. Everyone should have used positioning services. For example, many people install mobile phone positioning software for children or the elderly to prevent the elderly and children from getting lost. This will be applied to positioning technology. This technology provides auxiliary support for many application services.

Some people will hire hackers to use "location" technology to track and locate relevant people, violating the privacy of others! So what exactly is the principle of this technology? How to use this technology to quickly locate the location of others? Today, we will use the content of this article to explain in detail the "principle and implementation of mobile phone positioning"!

How does the mobile phone achieve positioning? How does it work?

Now there are 6 kinds of large-scale positioning technologies, which are divided into two categories

2. The principle of common positioning technology 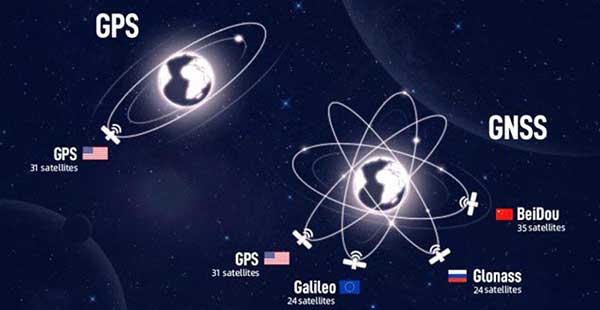 1.1.1 GPS working satellites and their constellations

21 working satellites and 3 spare satellites in orbit form a GPS satellite constellation. The height of 24 satellites is 20200km from the ground, the operation period is 11 hours and 58 minutes (sidereal time 12 hours), they are evenly distributed in 6 orbital planes, the orbital inclination is 55 degrees, and the orbital planes are 60 degrees apart. The satellites in the plane are 90 degrees apart. When the satellite passes through the zenith, the visible time of the satellite is 5 hours. At any point on the earth's surface at any time, at an altitude angle of more than 15 degrees, an average of 6 satellites can be observed at the same time, up to 9 satellites. In order to understand the three-dimensional coordinates of the calculation station, four GPS satellites must be observed, which is called a positioning constellation. 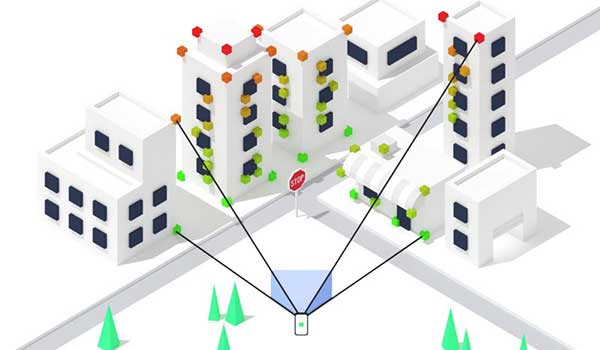 It can capture the signals of the satellites to be measured selected according to a certain satellite altitude cut-off angle, track the operation of these satellites, transform, amplify and process the received GPS signals, so as to measure the GPS signals from the satellites to the receiver antenna. It can interpret the navigation message sent by the GPS satellite, and calculate the three-dimensional position of the station in real time, and even the three-dimensional speed and time.

When the GPS satellite is working normally, it will continuously transmit the navigation message with the pseudo-random code (pseudo code for short) composed of 1 and 0 binary symbols. The navigation message includes satellite ephemeris, working status, clock correction, ionospheric delay correction, atmospheric refraction correction and other information. The role of the satellite part of the GPS navigation system is to continuously transmit navigation messages. However, since the clock used by the user receiver and the satellite onboard clock cannot always be synchronized, in addition to the user's three-dimensional coordinates x, y, and z, a variable t, that is, the time difference between the satellite and the receiver, is introduced as an unknown., and then use 4 equations to solve the 4 unknowns. So if you want to know where the receiver is located, you must be able to receive at least 4 satellites.

Base station positioning, also known as LBS, Location Based Service.

In this huge mobile network, according to the cell you are in, the subordinate base station can roughly know your location information. If you add some estimation algorithms, you can find your location more accurately.

2.2 The principle of base station positioning

The mobile phone measures the downlink pilot signals of different base stations, and obtains the TOA (time of arrival) or TDOA (time difference of arrival) of the downlink pilots of different base stations. According to the measurement results and the coordinates of the base station, the triangular formula estimation algorithm is generally used to calculate the location of the mobile phone. The actual position estimation algorithm needs to consider the situation of multi-base station (3 or more) positioning, so the algorithm is much more complicated. Generally speaking, the more base stations the mobile station measures, the higher the measurement accuracy and the more obvious the improvement in positioning performance.

When the base station is positioned, the signal is easily interfered, so the inaccuracy of its positioning is inherently determined. The accuracy is about 150 meters, and it is basically impossible to drive and navigate. The positioning condition is that it must be in a location with base station signals, the mobile phone is in the sim card registration state (it is not possible to turn on wifi and unplug the sim card in airplane mode), and must receive signals from 3 base stations, whether indoors or not. However, the positioning speed is super fast. Once there is a signal, it can be positioned. At present, the main purpose is to quickly and generally understand your location without GPS and without wifi. In addition, if there is no base station location data package in your mobile phone, you still need to be connected to the Internet.

When a device is in such a network, the collected data that can identify APs can be sent to the location server, and the server retrieves the geographic location of each AP, and calculates the device based on the strength of each signal. The geographic location of the base station is returned to the user equipment. The calculation method is similar to the calculation method of the base station positioning position.

Location service providers should constantly update and supplement their own databases to ensure the accuracy of data. So the question is, how are these AP location mapping data collected? It can be roughly divided into two types - active collection and user submission.

Active collection:Google's street view camera, didn't expect it? It is a collection device. It collects the wireless signal along the way and marks the coordinates located by GPS and sends it back to the server.

User Submission:When Android phone users turn on "Use Wireless Network Location", they will be prompted whether to allow the use of Google's location service. If permitted, the user's location information will be collected by Google. iPhone will automatically collect Wi-Fi MAC address, GPS location information, operator base station code, etc., and send it to Apple's server.

AGPS (AssistedGPS: Assisted Global Satellite Positioning System) is a combination of GSM/GPRS and traditional satellite positioning, using the base station to send auxiliary satellite information to reduce the delay time for GPS chips to obtain satellite signals. Make up and reduce the dependence of GPS chips on satellites. AGPS uses the signal of the mobile phone base station, supplemented by the way of connecting the remote positioning server to download satellite data, and then cooperates with the traditional GPS satellite receiver to make the positioning speed faster. It is a technology that combines network base station information and GPS information to locate mobile stations. It uses both GPS and mobile base stations to solve the problem of GPS coverage. It can be used in the second generation of G, C networks and 3G networks. used in.

Ordinary GPS system is composed of GPS satellites and GPS receivers. Different from ordinary GPS, AGPS also has an auxiliary positioning server in the system. In an AGPS network, the receiver can obtain positioning assistance by communicating with an assistance server. Since the tasks between the AGPS receiver and the auxiliary server are mutually divided, AGPS often has faster positioning capability and higher efficiency than ordinary GPS systems, and can quickly capture GPS signals. Such a first capture The time will be greatly reduced, generally only a few seconds (the first acquisition time of a simple GPS receiver may take 2 to 3 minutes), and the accuracy is only a few meters, which is higher than the accuracy of GPS. Utilizing an AGPS receiver no longer has to download and decode navigation data from GPS satellites, so there is more time and processing power to track the GPS signal, which reduces time-to-first-fix, increases sensitivity, and maximizes availability.

The advantage of AGPS is mainly in its positioning accuracy. In open areas such as outdoor, its accuracy can reach about 10 meters under normal GPS working environment, which can be called a positioning technology with the highest positioning accuracy at present. Another advantage is that the time to first capture a GPS signal is generally only a few seconds, unlike GPS which may take 2 to 3 minutes for the first capture. Although AGPS technology has high positioning accuracy and short time to capture GPS signal for the first time, this technology also has some shortcomings. First of all, the problem of indoor positioning still cannot be solved satisfactorily. In addition, the positioning implementation of AGPS must be transmitted through multiple networks (up to six one-way transmissions), which is considered to occupy a lot of air resources for operators, and will generate a lot of traffic for consumers cost. Moreover, AGPS mobile phones have a certain extra burden on power consumption than ordinary mobile phones, which indirectly shortens the standby time of mobile phones. In addition, it is sometimes impossible to obtain signals from multiple satellites, usually due to the limitations of the environment where your AGPS phone antenna receiver is located. In this case, the AGPS function will not work well.

Knowing the "developer's implementation method" of these positioning methods, the developers may be sweating all over. Is the app "maintaining the base station and WIFI database by itself" as mentioned above?

Answer: No, of course, in actual engineering practice, there are two mainstream approaches:

One of the means: calling the system-level positioning capability

High precision: If GPS satellites can be found, use GPS positioning, otherwise, use WIFI positioning. If both WIFI and GPS cannot be successfully positioned, the positioning result can only be given according to the base station.

Balance power consumption: disable GPS (because it is very power-hungry), use WIFI first, if WIFI is not available, use base station for positioning.

However, we have to admit that on IOS and WP systems, because the OS does not open the interface for reading base stations and WIFI, in fact, the positioning capability of the operating system has formed a monopoly, and developers cannot achieve independent positioning capabilities.. This also leads to the same positioning error for all apps at the same time on Apple and WP phones.

In this way, there are many permissions to obtain the other party's mobile phone, not only the location, but also the call, text message, and chat records.